Based on the success stories of inspiring Retail Study Tours in Tokyo and Los Angeles, this year IADS welcomes you in Paris! 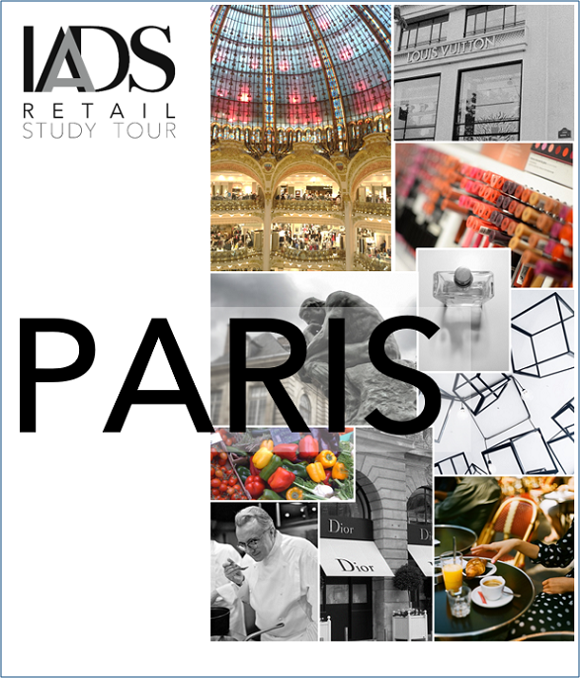 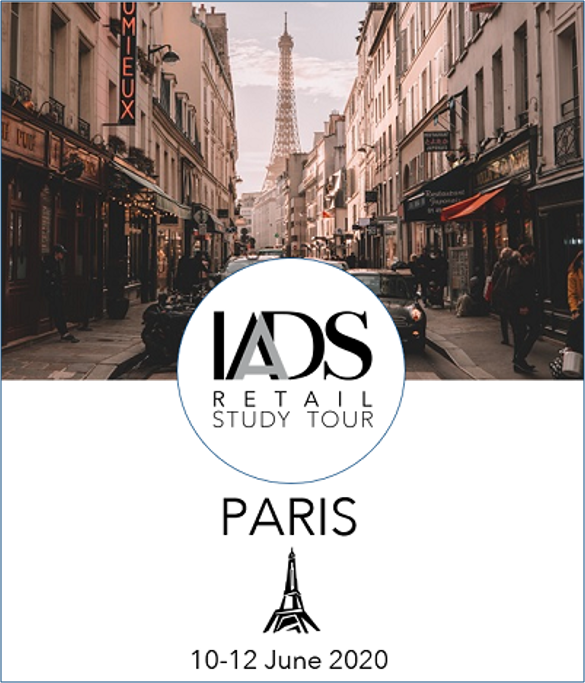 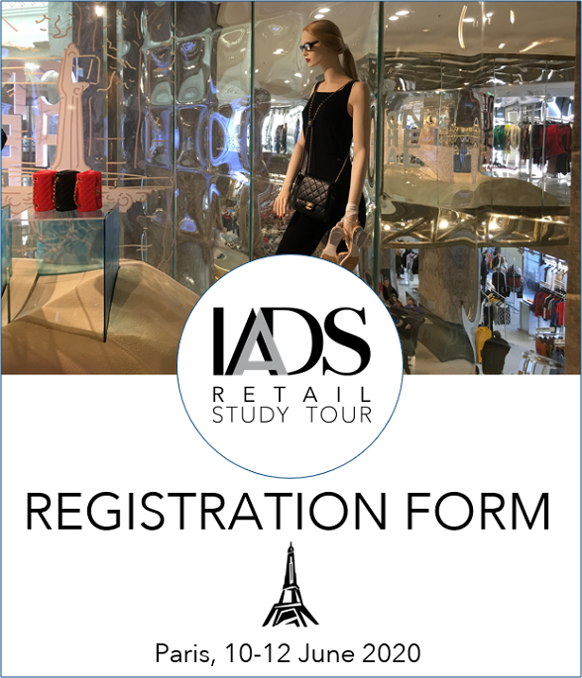 Paris: the city of style and gastronomy

STYLE
Paris has always been considered the first capital of style and fashion, attracting buyers worldwide for more than a century.

DEPARTMENT STORES
The opening of the new Galeries Lafayette concept on the Champs-Elysées, and the re-opening of landmark La Samaritaine are proving that historic department stores still have a place on the retail scene.

HAUTE COUTURE AND LUXE
The concept of haute couture was invented in Paris and the term has become a ‘protected name’ in France. It is linked to luxury, from fashion and accessories to techniques and materials.

READY TO WEAR
Saint Laurent was the first couture brand to produce a ready-to-wear collection, rendering it fashionable, accessible and increasingly popular with the public.

BEAUTY AND PERFUMERY
Parisians have long been viewed as paragons of natural beauty and the city offers the most sought-after beauty experts, concept stores, brand stores and services. Paris is also the perfect city for a fragrance adventure offering unique perfumeries, from traditional to more cutting edge.

GASTRONOMY AND MARKETS
French gastronomy comes from the richness and diversity of its regional cooking. Today it also integrates cuisines of the world, offering a wide range of culinary experiences.

NEIGHBOURHOODS
Paris is made up of a series of neighbourhoods, each with its own identity. It provides a variety of local experiences in one exciting city.

Programme
Three immersive days during which we will explore diverse Parisian districts. We will show you our selection of local institutions, innovative and experiential retail concepts. All while meeting local retail experts and fellow participants, with whom to exchange and network.

Benefits
Take advantage of this personalised journey in retail business to identify new concepts, merchandise, trends and services that will inspire your future endeavours.
Meet peers and local players, share know-how and expertise with a group of international executives, and become aware of new business opportunities.

Places are attributed on a "first-come, first-served" basis
Registration is limited to 15 participants max.
The working language of the Retail Study Tour is English 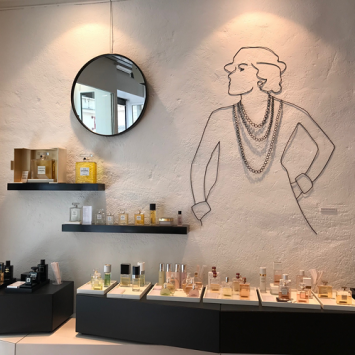 The IADS is the most experienced platform dedicated to department stores for sharing knowledge, practices and forward-looking experiences allowing pragmatic solutions.

- optimises the value to members in an efficient, time-saving proposal 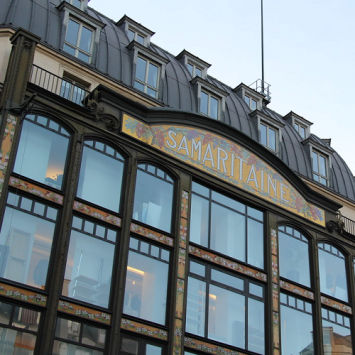 The IADS member site requires you to activate your account with us. If this is your first visit to the site and you have an IADS account simply add your email address and click « Validate account ». You will immediately receive your account connexion in your mail. Please check your spam if you do not receive it.